Zhang Yuefeng stressed at the conference that it is important to thoroughly study and implement the spirit of the important speech of General Secretary Xi Jinping at the symposium on private enterprises, conscientiously implement the work arrangement of the provincial Party committee and the provincial government, build confidence in development, establish the value orientation, create a good business environment and remain a staunch supporter to vigorously promote the great development and prosperity of private economy of the city. 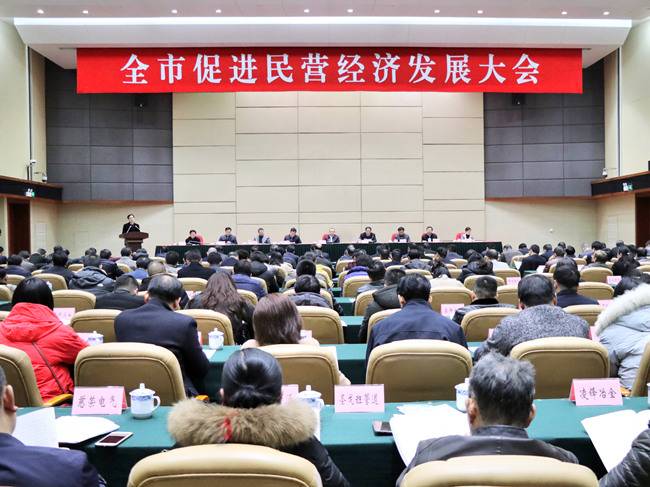 ▲The citywide conference on promoting private economy development was held

In his speech, Zhang Yuefeng highlighted four points on promoting the high-quality development of private economy of the city:

Thirdly, we must create a good business environment. It is required to exclude the difficulty and anxiety in a more suitable way, accurately master the difficulties of the enterprises, find the root cause and solve in a right and appropriate manner, and ensure the provision, handling and treatment as far as possible. The rights and interests should be protected in a more realistic manner, a fair and transparent legal environment should be built, and it is critical to adhere to the principle of “more services, less interference”, so that the entrepreneurs can go forward with firm confidence and seek development without distractions. The relationship between politics and commerce should be more harmonious, and it is essential to make regular and more contact with the enterprises in a manner that both the bottom line and the sense of propriety are held, and active action and forward services are made.

Fourthly, we must remain a staunch supporter. It is important to strengthen organizational leadership, and the Party committees and governments at all level must give priority to supporting the development of private economy, strengthen overall planning and coordination, and conduct regular research and analysis to solve the problems in a practical manner. It is required to strengthen the implementation, take the implementation of policies as the key content of comprehensive assessment of the municipal Party committee, and investigate and affix the responsibility for failure to implement the policies in place. It is necessary to strengthen publicity and guidance, and create a strong atmosphere for supporting the development of private enterprises in the whole society. Zheng Yuefeng stressed that the creation of “Ecological land of treasure, smart city of manufacture” and the promotion of high-quality development cannot be realized without a large number of outstanding private entrepreneurs that are energetic, capable and responsible. He hoped that the entrepreneurs would be open-minded, innovative and brave, take right actions and fulfill responsivities to contribute to the high-quality development of Ma’anshan in the new era.

When presiding over the conference, Zuo Jun pointed out that it is necessary to seize the opportunity of development, strive to catch up and seize the momentum to ride on the express train of great development and prosperity of private economy and enter the first phalanx of the province as soon as possible. It is essential to implement the policies in a detailed manner, accelerate the formulation of relevant supporting measures, and quickly convert the policies and regulations into implementing regulations and operating procedures to promote the implementation of various policies. It is required to make sincere service and visit, seriously carry out “four provisions and one service” and other activities, that is, to provide door-to-door policy and bring back the problem to effectively open up the “last mile” of policy implementation. It is necessary to strengthen policy coordination and improve the mode of policy implementation to realize coincidence effect to the utmost extent.

At the conference, the deputy mayor Li Qiang interpreted the Implementation Opinions on Further Accelerating the Development of Private Economy of the municipal Party committee and the municipal government. 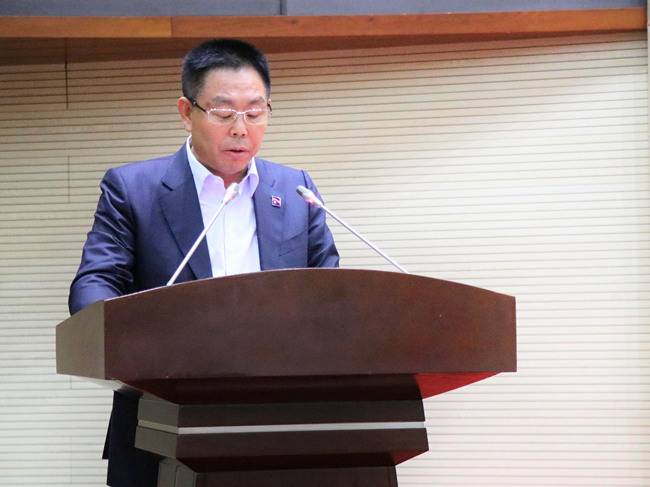 Chairman Tai Zhengbiao said in his speech that: General Secretary Xi Jinping is an “intimate friend” of our private entrepreneurs, and the 30 measures in the Implementation Opinions fully reflect the high attention and firm support of the municipal Party committee and the municipal government for the development of private economy and private enterprises. With 18 years of development, Taier has developed from nothing to something, from something to fine and from fine to leading, and Taier has also built its core competitiveness. Taier has grown up and developed on the land of Ma’anshan City, and has received the help and support of the municipal Party committee and the municipal government and leaders at all levels. In the future, Taier will focus on “One goal, two research institutes, three intelligences and four platforms”. Taier will strive ahead to lead the technological innovation, industry big data research and core technology manufacturing in China’s metallurgical steel industry, and become the leader of China’s metallurgical equipment industry with core technology of independent intellectual property rights to repay the favor of everyone.