ITSS and CNTSC is the largest professional meeting in the thermal spraying industry. About 330 domestic and overseas representatives attended this seminar and conference, reaching a new high among the participant records for years. The attending units basically covered the key industries in China such as iron and steel, metallurgy, electronics, automobile, petrochemical industry, aviation, aerospace, ships, nonferrous metals, chemical industry, new energy, transportation, power, military industry and so on, fully manifesting the meeting’s cross-industry, cross-department, cross-region, cross-ownership enterprise natures and advantages. At the same time, the meeting also collected more than 20 special reports and 16 papers with rich contents and high technical level. 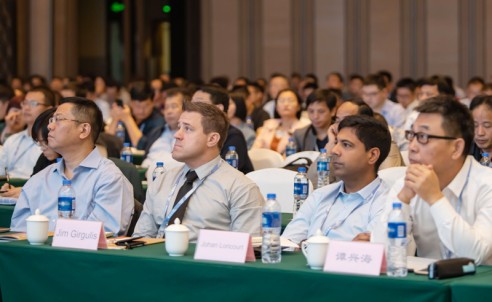 On the morning of October 23rd, at the opening ceremony of the conference, Academician Zhou Kesong addressed the conference, Chairman Wu Chaojun and Tai Zhengbiao, President of Taier Group respectively delivered a welcome speech to the attendees. 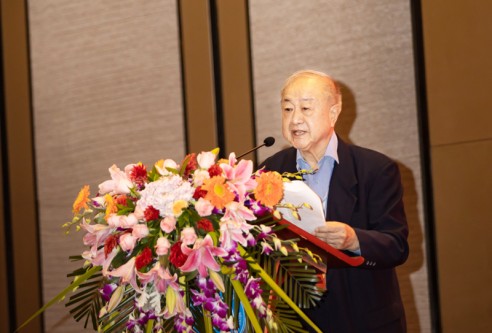 ▲Zhou Kesong, Academician of the Chinese Academy of Engineering, addresses the meeting 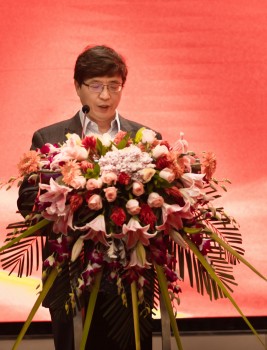 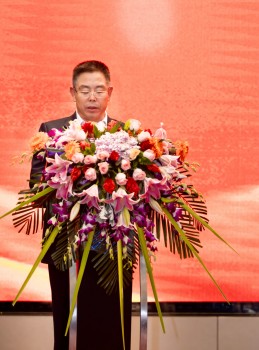 President Tai Zhengbiao thanked the association for giving Taier the opportunity to learn from, exchange views with and serve the top-level industry experts, scholars, professors and guests across the industry. Taier would try its best to do various service works well. Taier was very honored to be part of thermal spraying industry at a crucial time of development, and it would hold fast to make contributions to equipment remanufacturing, national defense and industrial progress.

During the meeting, the attendees spoke out freely, scrambled to raise questions and conducted active discussions. The atmosphere at the meeting was lively and ordered. Rich and splendid reports and scientific and productive arguments obtained consistent affirmation and praise of the attendees. The representatives expressed the hope that in the future, they would take this as an opportunity to work together to promote the faster and better development of thermal spraying in China. 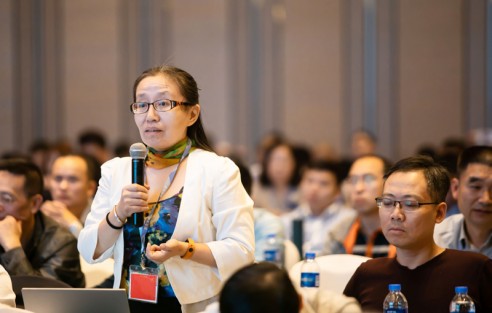 The Sixth Congress of Members and the Second Session of Sixth Council (Plus) of the Thermal Spraying Committee of China Surface Engineering Association was held at the same time.

On the afternoon of 24th, more than 250 representatives paid a field visit to Taier Group. 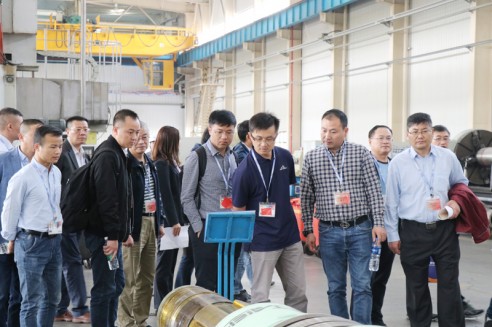 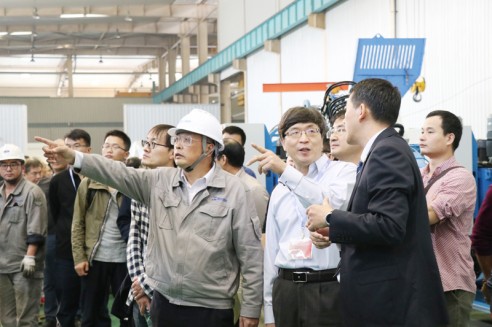 ▲The representatives visit the factory of  Taier Group

The successful holding of this conference has promoted the development of thermal spraying industry in China, which is of great significance to improve the technical level of thermal spraying, summarize, communicate and popularize new applications, and develop scientific research achievements.

As a kind of surface strengthening technique, thermal spraying is an important part of surface engineering technology and a vital technical means in the remanufacturing engineering of equipment in our country. It is also a new technical project mainly popularized by the country.

Since the reform and opening up, thermal spraying technology has been applied in both military and civilian fields, which has achieved dramatic progress and growth and has made a great contribution to the national defense construction and industrial progress of China.

In recent years, thermal spraying technology has been widely applied in semiconductor, nuclear power, new energy, LED, environmental protection and other fields. It is believed that with the emergence of new technologies of thermal spraying such as cold spraying, ultra-low pressure spraying, high-speed laser deposition and increasingly becoming mature, they are bound to make more contributions to China’s national economy.